Mrs. Kennedy receives a gift from the Government of Egypt for her her role in helping to save the Abu Simbel temples in the Nile Valley. 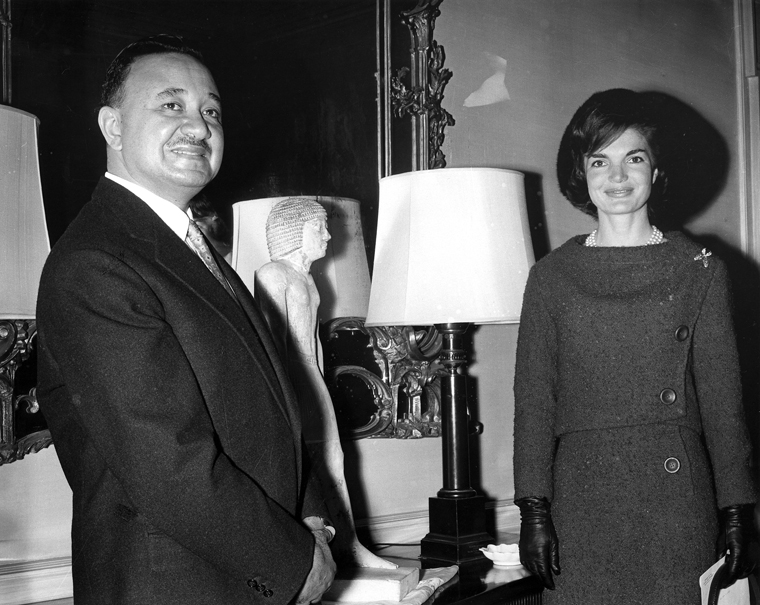 Photograph from the National Gallery of Art in the John F. Kennedy Presidential Library and Museum, Boston

The statue will travel and be exhibited together with all other artifacts.

This entry was posted in Uncategorized. Bookmark the permalink.